Why Talking To Audiences Is Essential When Playing Classical Music 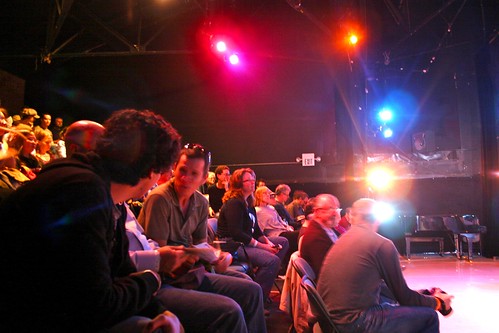 Yesterday when judging the ORMTA Southern Zone Competition in Hamilton, Ontario, one of the participants came up to me before performing and asked if it would be appropriate if he talked about one of the pieces on his program before playing it. My response to the pianist was that more than being just appropriate, it was a brilliant idea and I looked forward to hearing him speak.

The piece that he was playing was Larysa Kuzmenko’s In Memoriam to the Victims of Chernobyl, a dramatic, moving, and atonal piece, precisely the kind of piece that many people might have difficulty connecting with. That is, until they understand that it is also a work dedicated to those who perished in the most catastrophic nuclear accident in history. The pianist also mentioned the current Japanese nuclear crisis at the Fukushima Daiishi nuclear plant as a contemporary frame of reference. Because of his introduction, the audience was able to connect with his fine performance on a level that they might not have had he not talked beforehand.

Audiences love it when performers talk. It is absolutely necessary for every single type of popular music, and many artists in these genres are able to connect in ways that they would not be able to by merely keeping silent and playing their music.

We in the classical music world need to learn how to talk to audiences for two reasons: